On Thursday mornings in the warmer months, visitors can step back in time to observe the Gouda Cheese Market as it would have appeared at its inception in 1395. Ginny and I did just that on our visit to the Netherlands last month – along with a boatload of other people happily milling around Gouda’s historic town square on a sunny May morning.

I’m not going to call it a mob scene but suffice to say that there was a very healthy turnout of tourists that fine day.

The market starts early with horse-drawn carriages delivering big wheels of cheese to display in front of the Het Stadhuis van Gouda, or City Hall. Cheerful red shutters doll up this otherwise-staid Gothic structure that opened for business in 1450. It’s situated right in the center of a huge plaza ringed by old buildings hosting shops, restaurants, and other businesses, as well as the magnificent Sint Janskerk church and the Waag (weigh house), which is now a small cheese museum.

People in costume perform an old hand clapping ritual that was once used to confirm a sale between a farmer and trader. Dutch girls and farmers in wooden shoes are friendly and selfies are welcome. Super cute, and I don’t mean that in a snarky way.

In addition to the reenactment of the cheese market, other folks in costume were demonstrating how cheese was made. Market stalls selling cheese (naturally), tchotchkes, souvenirs, etc., circled the outer edge of the plaza. A broad walkway between the market stalls and the permanent buildings allowed visitors to comfortably explore the entire area. 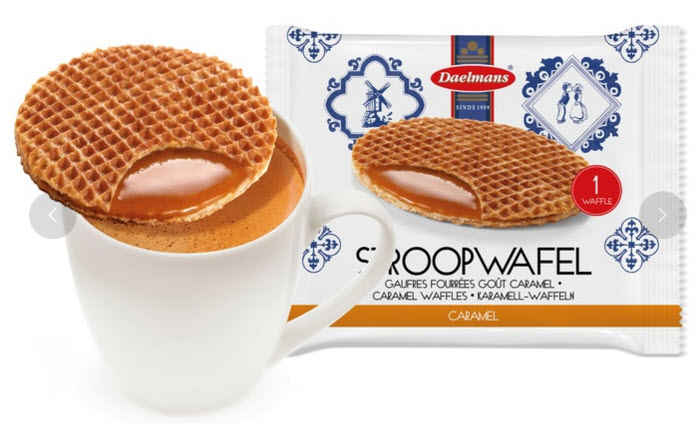 After loading up on cheese, we stopped in several shops and were especially glad that someone had recommended we try stroopwafels. Stroopwafels are a very thin, crispy, spicy waffle cookie sandwiched with caramel (our favorite) or a gooey syrup (also tasty). I think that if I found a recipe, I could make the waffles on the iron I use every Christmas to make my favorite Italian cookies, pizzelles. Maybe melt caramel squares to make the filling? We’ll see. Ginny brought some back to give as gifts and her friend Janeen loved them so much, she immediately ordered more on Amazon. My mother gave a thumbs up, too.

Eventually Ginny and I decided to take a break from a big morning of buying cheese and cookies and enjoy a coffee at one of the outdoor cafes before leaving Gouda for our next adventure (or a nap; I forget). A little oom-pa-pa band strolled past while we people-watched and enjoyed the sunshine and cappuccino.

I’d be remiss if I didn’t tell you (my English-speaking friends) that we’ve all been saying “Gouda” wrong. It’s not GOO-dah. It’s more like HOW-dah. But try to work up some phlegm in the back of your throat so you can almost hawk up that “how” and you’ll be close to the Dutch pronunciation.

It’s interesting to me that any attempt on my part to reproduce the sound of a Dutch word is vaguely disgusting, and yet, the language is charming enough when spoken by the Dutch themselves. It’s like Evil Knievel having the ability to leap across twenty pickup trucks on his motorcycle but knowing you really shouldn’t try it yourself. If you are not Dutch, don’t try to speak Dutch. You’ll sound like a child molester or something.

Anyway. That’s my take on Gouda. Highly recommend a visit. Keep calling it GOO-dah, though.

4 thoughts on “It’s good to be in Gouda”